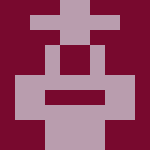 Check out our previous post explaining the nomenclature and equations of NACA 4 digit airfoil https://www.geniuserc.com/naca-4-digit-airfoil-nomenclature-and-equations/

The NACA airfoils are airfoil shapes for aircraft wings developed by the National Advisory Committee for Aeronautics (NACA). The shape of the NACA airfoils is described using a series of digits following the word “NACA”. The parameters in the numerical code can be entered into some analytical equations to precisely generate the cross-section of the airfoil and calculate its properties. In the early periods of aircraft developments, aircraft designers used to design the shape of airfoil randomly based on intuition or some experiments.

For an example,
NACA 2412 can be broken down into these fundamental bullets,

The equations, for your reference, are given down below.
(For detailed explanation about these equations, please check out our previous post about NACA 4 Digit Airfoil)

Let us move to the part where the real fun lies , THE MATLAB.

Here the input we took from the user is in the form of string and thus we must convert it to double. For this, we use str2double and specify the location of the data we want to pull. This is illustrated in the code below. You can read the comments for further information.

Here, since M is maximum camber divided by 100, which is the camber presented in percentage of chord, so we divide the number by 100. Similarly, we do the same for the rest.

Now, its time to specify the value of a variable x, where limit will be 0 to the chord length which will be divided thoroughly into 10000 segments. You can specify the segments as per your wish. The more it is, the fine you’ll get the graph. 10,000 will be more than enough in this case.
x=linspace(0, c, 10000);

In this step, we write the general equation. And we use the for loop in order to specify two cases that we have in the equations. Later in this, we calculate the upper and lower limits.

Now is the time to plot it. We use plot function in order to do so. And labelling is done accordingly. You can modify the colour of plot as per your preference.

Here are the snapshots of NACA2412 and NACA 0012 airfoils

Thank you for reading till the end. Feel free to give your views about this post in the comments. Lastly, I want to make it easier for you to copy the code. Here you go:

Do you want to know more about airfoil data? You can check out this site http://airfoiltools.com/airfoil/details?airfoil=naca0006-il

May 11, 2021 Aashiz Poudel
Engineering and Technology