How are aircraft wings manufactured? A brief Explanation. 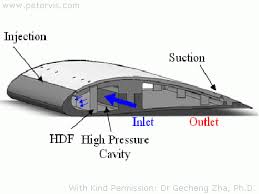 Aerospace engineering and aeronautical engineering fields are getting very high popularity in modern days. It is considered to be one of the toughest fields in engineering and that’s also the reason why students are highly attracted to this field.

Of course, everyone wants to know how an aircraft flies, how the engines work, what are the parts in an aircraft and the questions are never-ending. This field is an ever-growing field where new researches will be done regularly. No doubt, aerospace and aeronautical engineering are the toughest because it is Rocket Science. In this article, I have a brief information on how aircraft wings or airfoils are manufactured.

What is an airfoil?

Before starting on how to manufacture an aircraft wing, first it is necessary to know about airfoil is. Airfoil, also called as aerofoil, is basically a cross section (with curved surfaces) of aircraft components like wings, propellers, fins etc. So why we consider cross section of these components?

The first step of manufacturing is the airfoil designing. Airfoil design is a major facet of aerodynamics. There are various airfoils for different flight regimes based on the amount of lift that needs to be generated and drag force that occur in the flight. So, the type of airfoil largely depends on the lift to drag ratio of flight.

Modern aircraft wings may have different airfoil sections along the wing span, each one optimized for the conditions in each section of the wing. Therefore, we should first decide the type of airfoil that is to be made. Then, we can do the technical drawing of the airfoil and then the design of airfoil is made on CAD software like AUTOCAD, ANSYS or CATIA.

After proper designing, we just need to manufacture the product using the resource material (i.e. Aluminium alloys). The best way to manufacture is to use CNC machine. But what is CNC machine then? Well, a CNC, or Computer Numerical Control Machine is a high precision tool that’s computer-controlled and makes repeated, accurate movements. It does so by taking computer-generated code and converting it with software to electrical signals. It is much more advanced and precise than the lathe machine.

To manufacture airfoil from CNC Machine, first we need to do CNC programming on the basis of the design of the airfoil to be made. By using CNC programming software and CAM, simulations can also be done so as to check any errors made. After coding the program and checking the simulation, we are ready to run the CNC machine. We should not forget to assign the axes to the CNC machine. Finally, by use of CNC machine, our airfoil is cut out from the Aluminium alloy used. We should give good finishing to the product by deburring out the sharp edges using the deburring tools.

So, this is how an aircraft wing is manufactured. It may sound simple but it takes a lot of hard work and expertise to manufacture it. Designing is the most tedious task and it does require a very expert knowledge regarding aerodynamics and structural engineering.

Also check out this post related to aerodynamics forces in an aircraft: https://www.geniuserc.com/how-aircraft-fly-and-aerodynamics-forces/

3 thoughts on “How are aircraft wings manufactured? A brief Explanation.”