Gravitational Waves: Exploring the Universe in a New Way 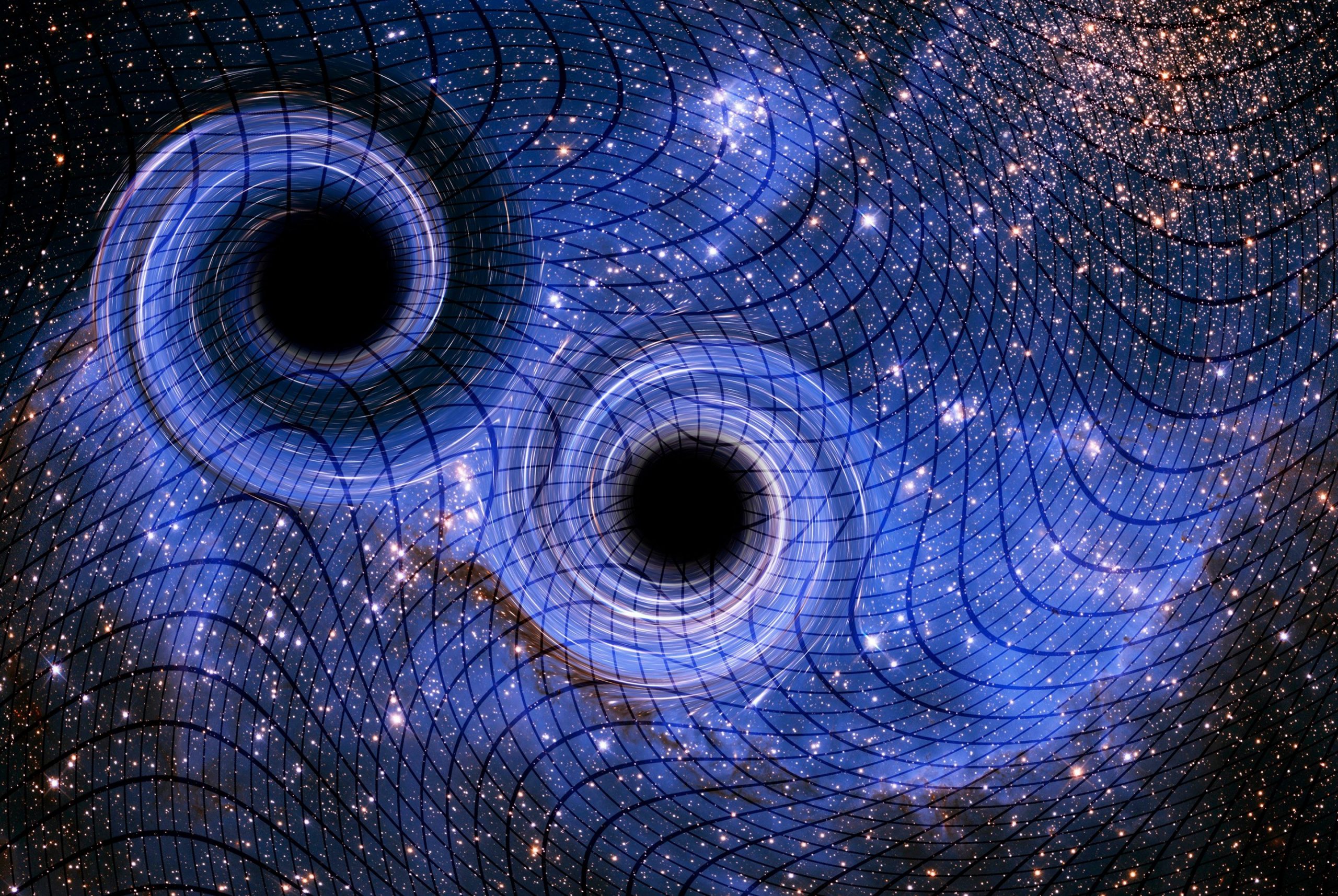 1.3 billion years ago somewhere far in the universe two black holes revolving around each other at high speed came together to merge to form a single black hole and thus creating the ripples in space-time called the gravitational waves. These waves traveled with the speed of light across the universe and reached Milky Way galaxy 50 thousand years ago. These waves then traveled across the Milky Way Galaxy for those 50 thousand years and finally reached our earth on 14 September 2015.

How do we know about this event that happened so far from us and so many years ago? This post will give an insight on gravitational waves and how it helps in exploring the universe.

What are Gravitational Waves?

It was the famous scientist Albert Einstein who predicted the gravitational waves back in 1916.Einstein’s theory of relativity introduced the concept of space-time and how mass could cause the curvature in space-time. Einstein thus predicted if two huge masses like black holes or neutron stars rotate about each other then they would cause disturbances in the curvature of space-time. The strongest waves are originated through collision and merging of these binary stars.

Exploring the Universe Using these Waves

How to detect Gravitational waves?

As a gravitational wave passes an observer, that observer will find space-time distorted by the effects of strain. Distances between objects increase and decrease rhythmically as the wave passes, at a frequency equal to that of the wave. Thus, we have to measure this change in length to detect the gravitational waves.

However, due to the astronomical distances to these sources, the effects when measured on Earth are predicted to be very small, having strains of less than 1 part in . This shows that we must precisely measure such a small change in length to detect a gravitational wave. Similarly, we must make sure there is no intervention of other local waves and disturbances. To sum up, we need a very precise and sensitive apparatus.

After years of research, scientists and engineers finally completed the LIGO project.

LIGO is the world’s largest gravitational wave observatory. It consists of two detectors situated 1,865 miles (3,002 kilometers) apart in isolated regions within the states of Washington and Louisiana. Each L-shaped facility has two arms positioned at right angles to each other and running 2.5 miles (4 kilometers) from a central building. Lasers are beamed down each arm and bounced back by mirrors, essentially acting as a ruler for the arm. Sensitive detectors can tell if the length of the arms of a LIGO detector varies by as little as 1/10,000 the width of a proton, representing the incredibly small scale of the consequences imparted by passing gravitational waves.

LIGO has two observatories to act as a check on the other to rule out that a possible gravitational-wave detection isn’t due to a local, terrestrial disturbance; both facilities will detect a real gravitational wave moving at the speed of light nearly simultaneously.

Let me explain you the process of detection a little. Within LIGO, the lasers beamed down its arms return back and are set to cancel one another out completely. As a result, no light reaches another LIGO component called a photodetector . If, however, a gravitational wave reaches the LIGO facility, it is going to stretch one detector arm and compress the other, throwing off this perfect destructive interference. Some light would then reach the photodetector. The pattern of this light would offer information about the changes the arms underwent, and thus reveal properties about the incident gravitational waves and their source.

In 2017, the Nobel Prize in Physics was awarded to Rainer Weiss, Kip Thorne and Barry Barish for their role in the direct detection of gravitational waves.

At present there are three gravitational wave detectors in function. There is another Gravitational Wave detectot called VIRGO located in Santo Stefano a Macerata, near the city of Pisa, Italy. Why do we need three detectors? This is because more detectors will help to know the position of the stars more precisely. Greater the number of detectors, greater the precision. Therefore, another detector called KAGRA is already developed in Japan and supposed to function in late 2020, however, the date might be affected due to the Coronavirus Pandemic. Similarly, LIGO- India is another detector in development that might be functional by 2024-2026.

Thank you for reading this. I tried to explain everything I know about the gravitational waves. I hope to see your feedback in the comments. Please feel free to point out my mistakes if any.