Skip to content
Posts Engineering and Technology Motivation and Philosophy

Elon Musk: What is his Net Worth? 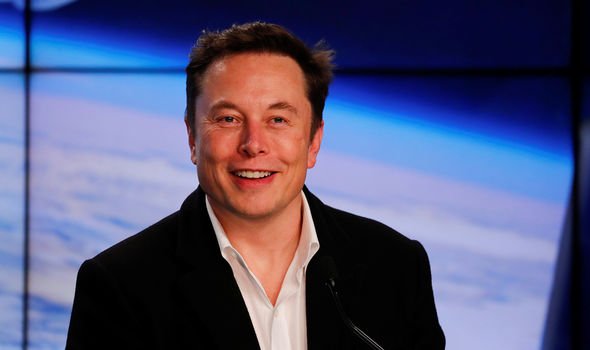 Elon Musk is an eminent engineer , technology entrepreneur and philanthropist. He  was born on June 28, 1971 in Pretoria, South Africa.. He has an impressive portfolio. He is the founder and CEO of SpaceX , product architect of Tesla, founder of Boring Company. He currently holds citizenship of three different countries (America,Canada and South Africa). He is known for his love for meme. Apart from being an internet meme, he is the far sighted futuristic and barrier- free thinking man .

Whenever we talk about entrepreneurs we always wonder how much money they make. So, I am sure you want to know net worth of Elon Musk. According to Forbes,his net worth is 32.2 billion which is a result of his diverse portfolio.

Also see traits one should have to be a successful entrepreneur.

The person with such high net worth was grown in a well off family.

His mother is Maye Musk who happens to be a model and dietitian. Similarly, Erol Musk, his father, is an electromechanical engineer, pilot and a sailor. Like father, like son, musk is a versatile guy with diverse set of skills. Elon Musk created a video game called Blaster at the age of 12 and sold it at the price of $500 to the online company. Elon Musk started his undergraduate studies from Queen’s University and later he was transferred to the University of Pennsylvania. He has a younger brother Kimbel and a younger sister  named Tosca.

Musk is one of successful entrepreneurs in the world. He successfully founded and then later sold couple of companies for pretty good bucks. His companies includes:

It an online city guide which he started with his younger brother Kimbel. Musk obtained contracts from the new york times and the chicago tribune. Finally it was sold to Compaq in US $307 million in cash.

Everyone is familiar with PayPal, the world’s number one online payment gateway. Elon Musk founded Paypal in 1999. He invested $10 million and later on sold it to eBay for  US $1.5 billion. He made staggering 1.4 billion dollars in just 3 years. Still wondering how Elon Musk is worth 31.1 billion?? Be patient and keep on reading.

Similarly, in the same year he founded his third company SPACE X with the objective of colonizing Mars by 2042 with 80,000 people. It has developed the Falcon launch vehicle family and Dragon spacecraft family. NASA had also awarded Space X in 2011 to develop human rated Dragon which will be able to transport astronauts to the ISS (International Space Station) and bring them back towards the earth’s surface safely. With the efforts and hard work done by Elon Musk, SpaceX has become the largest commercial satellite constellation operator in the world with the third launch of Starlink project in January 2020. On February 6 2018 the Falcon Heavy successfully flew in its first mission with a payload consisting Musk’s Tesla Roadster in a heliocentric orbit. This company is now valued more than $20 billion. The SpaceX revenue is about $2.5 billion a year.

Musk became the CEO and product architect of Tesla in 2008 and he still holds this position today. In fact, Musk is the longest tenured CEO of any automotive manufacturer globally. Tesla’s master plan, as iterated by Musk in 2006 was: “Build sports car. Use that money to build an affordable car. Use that money to build an even more affordable car. While doing above, also provide zero-emission electric power generation options”. Tesla is focused on solving the fossil fuels crisis in the automobile industry, by developing affordable and stylish electric vehicles.

As of January 29, 2016, Musk owned about 28.9 million Tesla shares, which equates to about 22% of the company. As of 2014, Musk’s annual salary is one dollar, similar to that of Steve Jobs and other CEOs ; the remainder of his compensation is in the form of stock and performance-based bonuses. In January 2018, Musk was granted an option to buy up to 20.3 million shares if Tesla’s market value were to rise to $650 billion. Majority shareholder approval was approved in March 2018. The grant was also meant to end speculation about Musk’s potential departure from Tesla to devote more time to his other business ventures. A report by advisory firm Glass Lewis & Co. to its clients argued against granting the option.

It is now well understood that Elon Musk became a successful entrepreneur because of his hardwork in diverse areas. He is working to revolutionize transportation both on Earth and in space. There is a lot to learn from Elon Musk and let’s end this post with a motivational saying from Elon Musk;