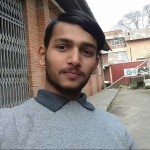 On the morning of January 8, 2003, ramp agents loaded 23 checked bags onto Air Midwest Flight 5481, including two unusually heavy bags. The flight crew completed their pre-flight checklists, including weight and balance checks. The ramp agent told the Captain that some bags were heavy. The Captain, however approved the heavy bags to be boarded as one of the passengers was a child. The pilots calculated the aircraft’s weight and saw that they were still below their maximum allowed weight. At 8:46, the tower controller cleared Flight 5481 for takeoff, and the pilots applied takeoff power.

Immediately after becoming airborne, the nose of Air Midwest Flight 5481 began to rapidly pitch up. By the time it reached an altitude of 90 feet above ground level(AGL), the plane’s nose had pitched up 20 degrees. Despite both pilots trying forcefully to push the nose down, the plane continued to pitch nose-up, reaching a maximum of 54 degrees of pitch. After climbing to an altitude of 1150 feet AGL, the plane stalled, abruptly pitching down to an uncontrollable descent. Approximately 35 seconds after taking off, Flight 5481 crashed into an aircraft maintenance hangar and burst into flames.

The nineteen passengers and both pilots were killed. A US Airways mechanic on the ground was treated for smoke inhalation.

The National Transportation Safety Board (NTSB)’s investigations revealed that the probable cause of the accident was due to loss of pitch control by the aircraft during takeoff. The loss of pitch control resulted from the incorrect rigging of the elevator control system compounded by the airplane’s improper aft center of gravity, causing the plane to be shifted back due to overloading. This made the pilots unable to recover the aircraft from the high nose up position upon take off causing a stall.

The aircraft had received a maintenance check two nights earlier at a repair facility at Tri-State airport in Huntington, West Virginia where the mechanic had adjusted the cables. It was discovered that the mechanic had never worked on the Beechcraft 1900D before. In fact, the adjustment work he had made was actually part of his training. The mechanic had improperly set the turnbuckles controlling the tension on the cables to the elevators. The turnbuckle for the elevator’s downward pitch was too tightened. This resulted in the elevator only being able to pitch down by 7 degrees instead of the normal 14 degrees. This prevented the pilots from being able to push the nose down during the accident.

Normally, a post adjustment check would have been carried out to ensure that the adjustment had been done correctly. But the mechanic’s supervisor decided to skip the test due to complacency. Complacency occurs when technicians who inspect the same aircraft numerous times take these inspections for granted and begin to skip steps in the maintenance procedures due to familiarity.

In this accident, the technician with concurrence from the inspector skipped several steps in the maintenance procedure for the rigging of the elevator. Also he had performed the entire procedure in the past without following the proper procedures for the past adjustments without any adverse consequences. It was found that the aircraft had successfully flew nine times following the faulty repair.

The NTSB later also discovered that while the pilots calculated that the aircraft was not overloaded, in fact it was. Air Midwest used average weights for calculation instead of actual weights. Flight 5481 was actually 580 pounds over its maximum weight. The aircraft was tail heavy. When the landing gear was retracted, the center of gravity further shifted back, causing the aircraft to pitch up. The NTSB concluded that if either the faulty maintenance or the overweight problem did not occur, the crash would not have happened.

The NTSB recommended that the FAA revise its average weight values, something not done since 1936. Following a weight survey, it was discovered that the average weight of adult American passengers was 195 lbs., not 175 lbs. Following the accident, Air Midwest used an average of 200 lbs. per passenger. This means that the 19 seater Beechcraft 1900D could only accommodate 17 passengers.

It was also found that the technicians working on the elevator system had worked in a three day period, 17.5, 8 and 14 hours days respectively which was more than acceptable duration of 10-12 hours working day. Hence, fatigued, the technician was in no position to perform the tasks properly. Air Midwest publicly apologized for the accident after pressure from one of the passenger Christiana Grace Shepherd’s family. The airline ceased operating in 2008.

Phosphine on Venus | Is there life beyond the Earth?